Flutter has seen a significant increase in popularity since its release. It is an SDK (software development kit) that allows cross-platform development (apps that run on multiple platforms iOS, Android, and Windows Phone).

With Flutter, you can use one codebase for multiple apps. Sounds cool, right? But we have also seen it before. So, what makes Flutter app development interesting, what are the pros, cons, and major characteristics? Is it a good technology for your project? Let’s find out!

Flutter is an open-source, free technology created by Google in May 2017 for developing iOS and Android apps by utilizing the same codebase. Flutter is built on the React Programming Architecture and Dart programming language that supports online videos and ads, Android Studio, Firebase APIs, and offers high-responsive app development.

It’s more of an SDK specifically designed for touchscreen devices compatible with Android and iOS. Flutter isn’t just a framework; however, it is an entire SDK Software Development Kit, which already includes everything you need to create cross-platform apps.

It comes with an engine for rendering and widgets that are ready-made and integration and testing APIs and command-line tools. With a variety of features and benefits Flutter has to offer, it’s certainly among the top used Google software applications available. But as with all technology, Flutter also has pros and cons.

Flutter app development lets you reduce the time to market by using a single codebase that can run across all platforms. Best Flutter app developers will develop your app swiftly due to Flutter’s advanced architecture, many components, and great support.

One of the Flutter features that users and even the best Flutter app developers admire is the hot reloading feature. It lets you modify your application immediately, even while the app is running.

The app’s code will be loaded again, and the new changes are visible in a matter of minutes or less. If you discover any bug or error, you can correct it instantly.

You can’t ignore Flutter’s huge selection of premade UI components in terms of design. You can select from a range of widgets already available to make your coding faster; however, you must ensure that your application’s design is distinctive.

The best advantage of Flutter app development is achieving high responsive apps. Their performance is similar to native applications and is superior to other hybrid or cross-platform technologies. Dart is Flutter’s language for programming that allows automatic compilation of native code.

Flutter gives you a range of options to build more inclusive applications and make them accessible to a larger number of users. You can use it with screen readers, making it easy to implement and confirm adequate contrast.

It also ensures that UI components adhere to the OS settings regarding the font size. This aims to assist disabled persons in getting access to the services they require.

It’s an easy concept to grasp. In terms of speed,  Flutter app development is faster than its counterparts. It should take you less time to develop your Flutter app as compared to a separate iOS and Android app.

Additionally, Flutter provides an API for declarative UI development, which in our experience vastly improves performance. It is particularly noticeable when modifying visuals.

The performance of an app is crucial for a good user experience. There is no way to determine exact Flutter performance estimates, but in general, it is reasonable to expect Flutter applications to outperform native applications in the broadest sense, and even better in complex UI animation scenarios.

Why? As opposed to other cross-platform platforms, Flutter does not make use of intermediate representations. By writing the apps directly in machine code, Flutter is free of performance issues caused by interpreting. With Flutter, the release application is eventually fully compiled well in advance.

Flutter includes both pre-made and bespoke widgets. These widgets are used to improve the app’s interface and design. While individual objects like controllers, views, and layout could be used in a variety of ways, this framework has a unified and consistent object model.

The fonts, color schemes, menus, buttons, and padding are all widgets in this tool. You can use widgets at any level of customization by combining them to make layouts. Flutter widgets are consistent and feature a wide range of capabilities.

Similar to the other, Flutter app development has downfalls too. The Flutter technology is not fully mature currently and therefore has plenty of room to develop to expand, grow, and become better. It’s more cons are explained below:

A big flaw that you must not ignore is the large apps developed using Flutter. In some instances, this can be an issue and prompt a developer to select a different tool to build their app.

Some older phones can’t save additional apps without being forced to decide between an app or music/photos.

Third-party libraries and programs can have a major impact on the development of software since they allow developers to use certain features. But, as Flutter is a new tool for mobile app development, it’s easy to find these free libraries and packages.

It’s still in its growth phase and growing. Therefore, you’ll have to be patient with this tool for use or select an alternative to developing your business over time.

Google developed Flutter, and that’s why even the best Flutter app developers have concerns about using it for iOS. As Google is primarily interested in fixing bugs in the shortest time, creating Android applications on Flutter is easy and fast. But what about iOS?

One of the most recent improvements in Flutter features a stunning iOS appearance. iPhone settings were made in the framework to make for the Cupertino widgets. However, the iOS 10 and iOS 11 features framework was upgraded and later released.

In comparison to JavaScript, Dart, the programming language used to create Flutter apps, has a very small developer community. As with the Flutter framework, there are a limited number of resources available to assist you understand Dart.

Many freshers won’t be able to develop an application with this programming language. This has led to the demand for the best Flutter app developers even more. So, you must note this important aspect to be aware of when designing a cross-platform app.

5. Flutter is a New Technology

While this is often a good thing, as being young offers you a current edge, there’s always the risk that this young framework will evolve in ways that aren’t always in our favor. Given Google’s significant support, Flutter is expected to be included in their next operating system, ensuring that it remains current and relevant.

Using your own widgets rather than native ones has some drawbacks. Certain Android and iOS features, for example, are problematic. Autocomplete input fields are currently problematic with Flutter applications.

This is extremely evident if you need to use built-in or third-party password managers to extract passwords.

7. Lack of Plugins and Packages

Flutter has a smaller amount of plugins and packages than React Native. This is expected for a framework which came so early. Flutter’s first stable version got released on 4, December 2018.

As the Flutter community creates additional plugins and packages, the impact of this limitation should reduce over time.

So, Flutter app development is for you if you want a mobile app development tool with a minimal learning curve, high performance, accessibility and international, ready widgets, and quick updates. But take note of its disadvantages, so you know where you stand.

Flutter is a wonderful (relatively) modern SDK that comes with many pros and some cons. After identifying its features, strengths, and weaknesses, we can conclude that Flutter has more pros than cons for businesses and developers.

Reads More: Design Elements That Will Help You Generate Leads

With Flutter, you can build stunning, super-fast, high-responsive, and incredible mobile apps that fit your business demands. So, hire the best Flutter app developers or teams today and get back to your dream app project. 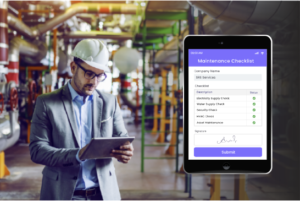 7 Must-Have Features To Include In An Inspection Application 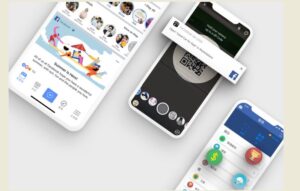 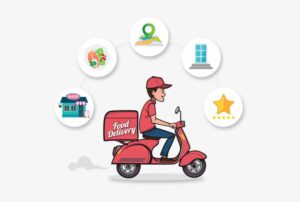 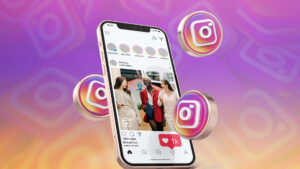 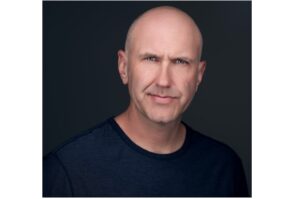